The University of Montevallo Department of Theatre presents “Punk Rock Girl!” on the Rebecca J. Luker Stage at the DiscoverShelby Theatre in the Center for the Arts. 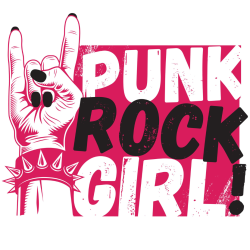 Tickets can be purchased online at montevallotickets.universitytickets.com.

“Punk Rock Girl!” is directed by Michael Walker, UM associate professor of acting and voice. Choreography is by Will Harrell and music is directed by Jennifer Hartsell, accompanist and music director in the UM theatre department.

“Punk Rock Girl!” is presented by arrangement with Concord Theatricals. It is the story of 16-year-old Angela Quivers, a perfectionist who doesn’t take chances and feels like she doesn’t belong until she meets another teenager, Proxi, who introduces her to the world of grungy guitars, shocking secrets and big, loud, messy emotions. A musical about a young person finding a community and creating her tribe. “Punk Rock Girl!” is a noisy celebration of all things raw and ragged, trashy and heartfelt, familiar and alien. It features a score of songs written and made famous by female artists and female-fronted bands including Blondie, Pink, Avril Lavigne, Pat Benatar and many more. The book and musical arrangements are by Tony-nominated composer Joe Iconis with co-arrangements and orchestrations by Rob Rokicki.

“Punk Rock Girl!” recently had a first run of performances at the Argyle Theatre in Babylon Village, Long Island. The University of Montevallo production will be the regional premiere of the show.