Dr. Mary Beth Armstrong, provost and vice president for academic affairs at the University of Montevallo, has been named to the prestigious list of “Women Who Shape the State” by This is Alabama and Birmingham Magazine for the impact she has had on the University and the state as a whole. 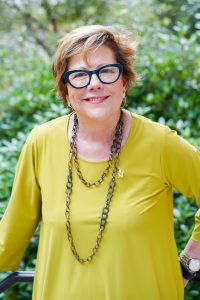 Armstrong was one of just 30 women from throughout the state to make this year’s list, which was published in the November issue of Birmingham Magazine and on AL.com in October.

The list celebrates women in Alabama who have relentlessly pursued their goals in an effort to transform the state for the better.

“This accolade is the highlight of my 41 years in higher education,” Armstrong said. “I would not have received it if the University of Montevallo had not so graciously nominated me, and I am thankful for that. It is an honor to serve our faculty, staff and students.”

Armstrong has worked in many capacities since she was hired by the University in 1997.

At UM, Armstrong has played a key role in securing significant endowments, donations and grants to support undergraduate research, university facility renovations and student scholarships. She has supervised multiple program reviews for non-accredited College of Arts and Sciences majors, worked to add and oversee several new majors and minors at the university and implemented data-based course scheduling, all while increasing or maintaining enrollment in all College of Arts and Sciences departments.