The theme for Founders’ Day this year focused on the connections that form through our traditions and friendships while at the University of Montevallo. These traditions reflect our ideals, our priorities and our sense of belonging to create connections that begin on these bricks, but reach far beyond these gates.  To demonstrate this theme, alumni Willie Phillips and Amos Snead delivered the keynote address. 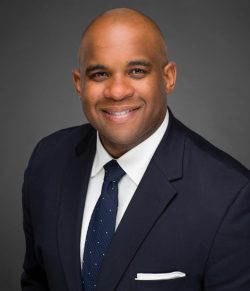 Phillips received his Bachelor of Science in social sciences from UM in 2000 and continued his education at the Howard University School of Law, obtaining his Juris Doctor degree in 2005.

Following his graduation from Howard, Phillips made his first delve into the energy industry practicing corporate law as an Associate at Balch & Bingham LLP, and later as an associate at Van Ness Feldman LLP.

He then joined the ranks of attorneys at the North American Electric Reliability Corporation where he held several positions, including senior counsel and assistant general counsel.

Currently, Phillips is serving a four-year term as a commissioner on the Public Service Commission of the District of Columbia, and expects to be nominated and confirmed for a second term in the very near future. As commissioner, he has led efforts to influence communications and update public-facing platforms. He also has experience leading a team of attorneys, developing media strategies and participating in national and international policy discussions. 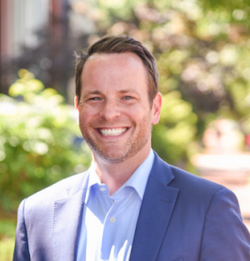 Snead received his Bachelor of Arts in political science from UM in 2002. Not long after his graduation, Snead made the move to Washington D.C., where he has spent more than a decade carving out his path.

Now, Snead juggles the roles of founding partner at S-3 Public Affairs and co-founder of FamousDC.com a website that gives readers a behind-the-scenes look at the inner workings of the U.S. capital. Snead also recently co-authored the book “Climbing the Hill: How to Build a Career in Politics and Make a Difference.” The work is a non-partisan guide on how to lay the foundation for a meaningful career in public service.

Together, Phillips and Snead serve as an excellent example of the connections made on UM’s brick streets. Becoming friends in college led the two to help other UM alumni succeed by building networking opportunities in the D.C. area.