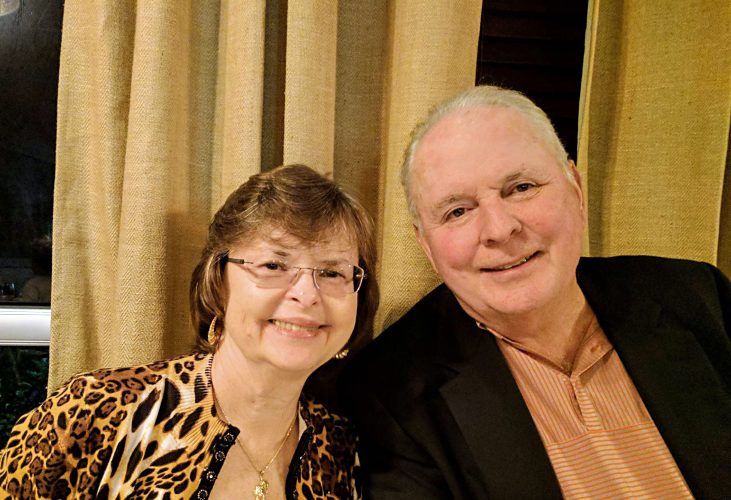 While Joyce cherished her two years at Montevallo, she transferred to Auburn University to take advantage of their laboratory technology major. She spent the summer at the University of Georgia doing research, and then left Montevallo, and John, behind.

He remained at Montevallo for another year, before transferring to Auburn himself for their building sciences major. The two were on very different paths, and while they once again shared a campus, they didn’t reunite. Joyce graduated and began medical school at the University of Alabama in Birmingham.

After doing her residency in Dallas and a fellowship in New York, she came back to Birmingham in 1986 to work at Carraway Methodist Medical Center. In 1991, 19 years since their short-lived spring romance, Joyce received a phone call from John. He’d been looking through his Montevallo Alumni Directory, saw Joyce’s name and wanted to reconnect.

Their paths finally met, their lost Montevallo romance was rekindled and two years later they were married. Joyce now works in Panama City, Florida and John is building them a log home in Big Sky Ski Resort, Montana. Next year in August, 2018, they will celebrate their twenty-fifth wedding anniversary.