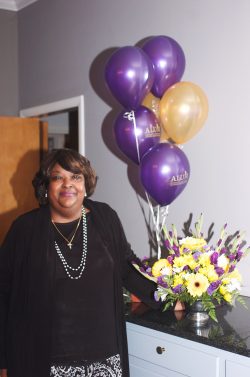 Battle graduated from UM in 2005, and has served as office manager of the English and Foreign Languages Department, and most recently as administrative assistant to the Dean of the College of Arts and Sciences.

Battle has been an active member of the community during her time at UM. This has earned her other recognitions such as the Office Support Personnel Award of Excellence, the Elite Night Dedication Award and the American Association of University Women Pathfinder Award.

“In working with students, Tonja is kind, patient and empathetic,” said Chair of Behavioral and Social Sciences Dr. Ruth Truss. “She understands not only the concerns and anxieties of students but also the campus resources available to assist them. She rejoices with student success and commiserates with a true sympathy when the situation calls for such. Tonja is clearly a key component in the smooth operation of the College of Arts and Sciences and the Dean’s office in interactions with students.”

In her role in the Dean’s office, she has also worked for five years as the administrative assistant for undergraduate research, helping with UR Day, Run for Research, student travel awards, COPLAC Regional UR Conferences and UR instructional supplies.

Battle has also served on the Athletics Spirit Committee and the Staff Grievance Committee, currently as chairperson, the Staff Council and as campus adviser for student athletics.

Accompanying her nomination were several glowing letters of recommendation for Battle from fellow staff members and administration, boasting of her work ethic and her dedication to Montevallo.

“Tonja exhibits the highest level of professionalism in a complex and demanding job,” said Dean of CAS Dr. Mary Beth Armstrong. “CAS is the largest college, with a large number of faculty, staff and students. She assists me annually with about 50 satisfactory academic progress meetings, while other colleges have less than 10. Tonja is loved and respected campus-wide.” 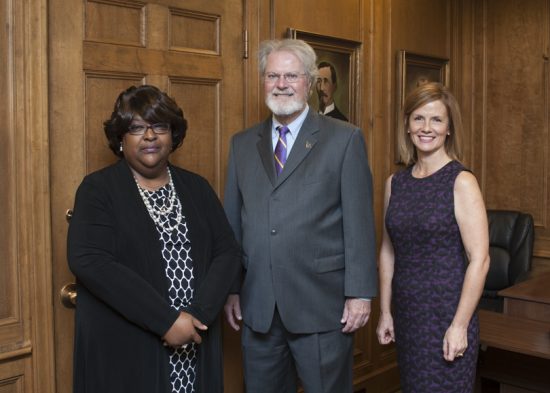