While working from her office on the first floor of Reynolds Hall to plan the details of a summer alumni social in Washington, D.C., new Alumni Affairs Director Tiffany Bunt’s journey at Montevallo had come full circle. 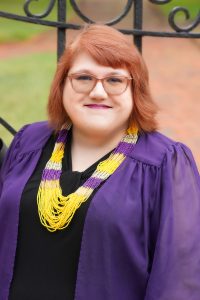 As a public relations student employee during her time as an undergrad at UM, her office was on the second floor of the building she now works from as she and Assistant Alumni Affairs Director Carolyn Jones lead the University’s alumni programs.

“UM has been an integral part of my life for a long time. Attending UM was one of the best decisions of my life. I fell in love with the Montevallo family and the charming historic campus. My husband, David, jokes that when we got married on Flowerhill, a few months after I graduated, that I made vows to the University as well,” said Bunt, who completed undergrad at UM in 2000 before earning her Master of Business Administration Degree from the Stephens College of Business in 2013. “I may have left for a few years after graduating, but I stayed connected. And when I returned to work at UM, served on the Junior Alumni Board and became involved in alumni activities, my connections and love for the University has simply grown and flourished. I am so honored to begin this new role. It’s such an exciting time at the University — we have seen so much progress and innovation over the last few years.” 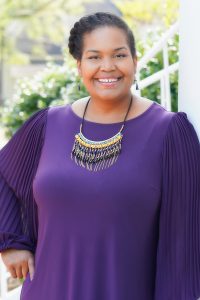 In her role as the new alumni director — a position she began in May — Bunt is looking to continue the office’s tradition of helping Montevallo graduates feel just as connected to the UM family as they were during their time walking the brick streets on campus.

“As a team, Carolyn and I really want to develop innovative programs to engage our alumni, while still upholding the revered traditions on campus,” Bunt said. “We want to value and support those traditions while looking for new opportunities for alumni engagement, especially opportunities to bring students and alumni together.

During her 13 years of service to Montevallo, Bunt has served in a variety of roles, including graphic arts specialist and webmaster, senior graphic designer, marketing manager and communications manager. She also serves as the University’s chair of student publications committee and has served as an adjunct professor for multiple mass communication courses.

While Alumni Affairs is sometimes viewed as an office catering strictly to graduates, Bunt and Jones said they take a wholistic approach to getting involved with everyone who attends UM.

“From the time they first enter the gates to the time they come back for their 80th class reunion, we want to be involved with them,” said Jones, who has been working at the University for 15 years, and has spent the past three years serving in her current role.

The Alumni Affairs Office serves as a liaison between the University and the Alumni Association and the Junior Alumni Board. The office awards the Alumni Leadership and Alumni Legacy scholarships, oversees Student Alumni Ambassadors and works to coordinate student- and alumni-focused events during the year. The office organizes regular alumni club events throughout the nation, as well as on-campus events the largest being during Founders’ Day week and Homecoming.

Bunt and Jones said they have a simple message for the University’s alumni: stay involved.

“We are here for you, and we want to hear from you,” Jones said. “We want you to be as involved and engaged as you can be.”

Moving forward, Bunt and Jones said they are looking to expand the University’s alumni affinity groups, with the goal of connecting with alumni based on the clubs, activities and organizations they were involved with during their time as students.

“Be involved in alumni events. It’s a great way to become friends with those who were not here the same time you were,” Bunt said. “It’s amazing how much you have in common, even if you graduated decades apart. And you always belong at Montevallo!”

For more information on the Alumni Affairs Office, including upcoming events, visit montevallo.edu/alumni

By Emily Reed   When Kacie Kilpatrick graduated from the University in 2009, she started attending alumni activities immediately.  “I wanted to be involved as an alum, and give back to my University that had already given me so much,” Kilpatrick said. “We [alumni] have a lot of really fun events, such as a College Night […]

By Emily Reed   For Dr. Sierra Turner, creating opportunities for more diversity at the University is a key goal.  “I am responsible for cultivating relationships with minority communities in and around Montevallo in order to increase the diversity of our student population,” Turner, who is the University’s chief diversity and inclusion officer, said. “I am always looking […]