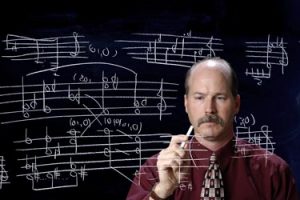 Joseph Landers is the current Linda and Todd Strange Endowed Professor at the University of Montevallo. He serves as head of theory and composition at the Department of Music.

Dr. Landers has been awarded fellowships by the Fulbright Foundation, The Tanglewood Music Center, the American Music Center, and the MacDowell Colony, where he was selected as the Margaret Lee Crofts Fellow in Composition for 1995-96. In 2008, he was awarded an individual artist fellowship by the Alabama State Council on the Arts. At the University of Montevallo he was given the College of Fine Arts “Distinguished Teacher Award” for 2008-09, and was named “University Scholar” for 2010-11.

The compositions of Joseph Landers have been featured on concert series and festivals across the U.S. and abroad, including the Echizen International Music Festival (Japan), The Tanglewood Festival of Contemporary Music, The AD*Evantgard Festival in Munich, The Huddersfield Contemporary Music Festival (U.K) and at other recent festivals in France, Poland and Ecuador. In 1997 his orchestral work Nine forty-eight was selected as a finalist for the prestigious Gaudeamus Prize of Holland. In 2019, in celebration of the bicentennial of the State of Alabama, the composer’s opera “Let Us Now Praise Famous Men” was premiered by the Tuscaloosa Symphony Orchestra and The Alabama Opera Theatre. The opera is an adaptation of James Agee’s seminal work about sharecroppers in Hale County, Alabama in the 1930s. The premiere was recorded by Alabama Public television for rebroadcast, and is currently available for streaming on their website.