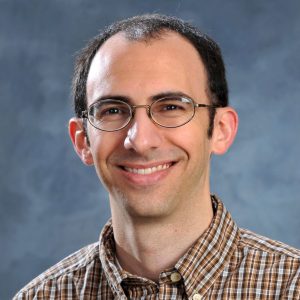 Dr. Scott Varagona is an Associate Professor of Mathematics in the University of Montevallo’s Department of Biology, Chemistry & Mathematics.

Dr. Varagona’s central focus as a UM professor is his teaching. He teaches a variety of general education mathematics courses as well as courses for mathematics majors, and he also regularly directs senior seminar projects in mathematics. In 2018, he received the College Teaching Award in the College of Arts and Sciences.

For his mathematics research, Dr. Varagona works mainly in the subject area of topology with an emphasis on the topic of generalized inverse limit spaces. He is interested in related topics in continuum theory as well, including indecomposable continua.

Dr. Varagona is also an avid chess player and a successful chess tournament competitor. After winning the Alabama High School Chess Championship in the year 2000, he went on to become an Alabama State Chess Champion in 2002, 2005, 2007, 2008, 2013, 2015, and 2017. He achieved the title of National Master in 2012. He serves as Faculty Advisor for the Chess Club of Montevallo, and also teaches a course on the Mathematics of Chess as part of UM’s Game Studies and Design program.