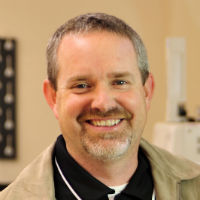 During his tenure, Dr. Byrd has received several awards including University Scholar Award, Outstanding Commitment to Teaching Award and Faculty Service Award. He was also nominated by the University of Montevallo for national awards such as the Alabama Professor of the Year (CASE), presented by the Carnegie Foundation, and the Henry Dreyfus Teacher-Scholar Award in the Chemical Sciences.

As a faculty member at the University of Montevallo, Dr. Byrd has worked on numerous research projects with 30 undergraduate students (17 of whom subsequently pursued advanced degrees), published 18 research articles and has given more than 20 national presentations, most with undergraduate students. His research includes four areas: synthesis and reactions of polyphosphates, synthesis of organometallic compounds, metal coordination polymer thin films and chemical education.