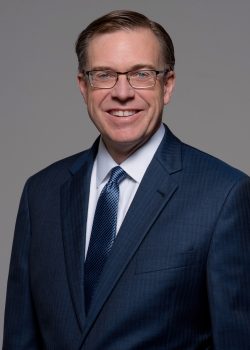 Tim Lupinacci of Vestavia was appointed to the Board of Trustees from the Sixth Congressional District by former Gov. Bob Riley in 2008.

Lupinacci’s practice of more than 31 years has focused on helping financial institutions solve complex issues arising in restructuring throughout the country with extensive experience with workouts and bankruptcies involving defaulted health care loans.

Lupinacci is a 1988 graduate of the University of Montevallo, where he received his bachelor’s degree in mass communication. He went on to earn his Juris Doctor from Vanderbilt University School of Law in 1991.

Lupinacci serves on Baker Donelson’s Diversity Committee and previously served as co-chair of the firm’s Women’s Initiative Pathways to Leadership Committee. He is also the co-founder of Baker Donelson’s CMBS Special Servicer blog. He was honored as Fellow of The American College of Bankruptcy in 2015.

He has received numerous professional honors including being named the Best Lawyers’ 2015 Birmingham Bankruptcy Litigation Lawyer of the Year. Alabama Super Lawyers listed Lupinacci as one of the top 50 attorneys in Alabama in 2012 and 2013. The Best Lawyers in America® has listed him in the areas of bankruptcy and creditor, debtor rights/insolvency and reorganization law and bankruptcy litigation since 2005. He has also been listed since 2009 in the bankruptcy/restructuring category of Chambers USA: America’s Leading Business Lawyers.

Lupinacci and his wife, Ellen McElwee Lupinacci, are active alumni of the University of Montevallo. They have donated both their time and financial resources toward student scholarships. The Lupinaccis have also served as class representatives for the UM National Alumni Association. He served as co-chair of the UM comprehensive campaign, which successfully concluded in early 2020.