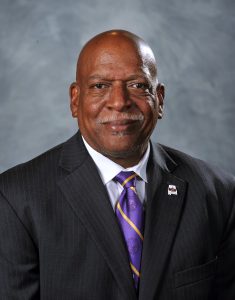 REPRESENTATIVE OF THE STATE AT LARGE

Senator Smitherman, born in Montgomery, Alabama on March 2, 1953, is serving his fifth term in the Senate. He graduated from the University of Montevallo with a B.B.A. degree and with honors from Miles Law School with a Juris Doctorate Degree.

Senator Smitherman and his wife, the former Carole Catlin of Birmingham, are the parents of four children: Rodger, II, Tonya Renee, Mary Elaine, and Crystal Nicole. He is a practicing attorney, a Democrat, an Elder at More Than Conquerors Faith Church, and a tireless advocate for education, youth programs and senior citizens.

Senator Smitherman was elected President Pro Tempore of the Alabama Senate on Thursday, February 5, 2009, and served until November 2, 2010.