REPRESENTATIVE OF THE STATE AT LARGE 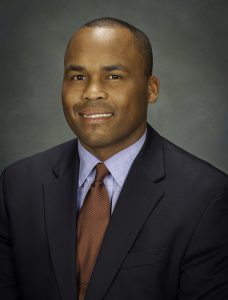 Leroy Nix is the Director of Federal Governmental Affairs for Southern Company in Washington, DC. In this capacity, he works closely with national elected officials, community leaders, and stakeholder groups on issues related to energy and environmental policy. Leroy is a part of the team responsible for representing Southern Company before Congress, federal agencies, trade associations and major coalitions on U.S. public policy issues.

Leroy is a 2003 graduate of the University of Montevallo where he received a bachelor’s degree in political science. He has served in various legislative capacities in Washington, DC, and participated in multiple Presidential and Congressional races across the nation.

Before joining Alabama Power in 2009, Leroy earned his law degree from The University of Alabama School of Law and was admitted to the Alabama State Bar. While at Alabama, he was a member of the Blackburn Leadership Institute, Bench and Bar Legal Honor Society, Student Bar Association, and also served as president of the Black Law Students Association.

Currently Leroy is an active member of several boards and organizations, including the University of Montevallo Board of Trustees, Renasant Bank Community Board and the Society of International Business Fellows (SIBF).