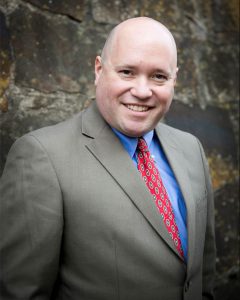 rnold is a native of Birmingham, Alabama. He began working at the Marshall County Economic Development Council in 2000 and was promoted to President/CEO in August 2001.  Prior to Marshall County, he served as Economic Development Coordinator for Bibb County, Alabama.  He is a graduate of the University of Montevallo and holds a Masters in Business Administration from the University of Alabama at Birmingham.

He has served as the Alabama state director of the Southern Economic Development Council, a board member of the Economic Development Association of Alabama and the Chamber of Commerce Association of Alabama. His community involvement includes past-president and Paul Harris Fellow of the Guntersville Rotary Club, United Way, the Boy Scouts of America and the First United Methodist Church of Guntersville. He is a 2002 graduate of the Marshall County Leadership Challenge and a member of Leadership Alabama (Class XVII). He has served as Vice-President of the University of Montevallo National Alumni Association and in 2016 was appointed by Alabama Governor Robert Bentley to serve on the University of Montevallo Board of Trustees.   He is the 2013 Recipient of the President’s Award from the North Alabama Industrial Development Association.

Matt resides in Guntersville with his wife Shana and has two daughters, Madeline and Chloe and a son, Miller.